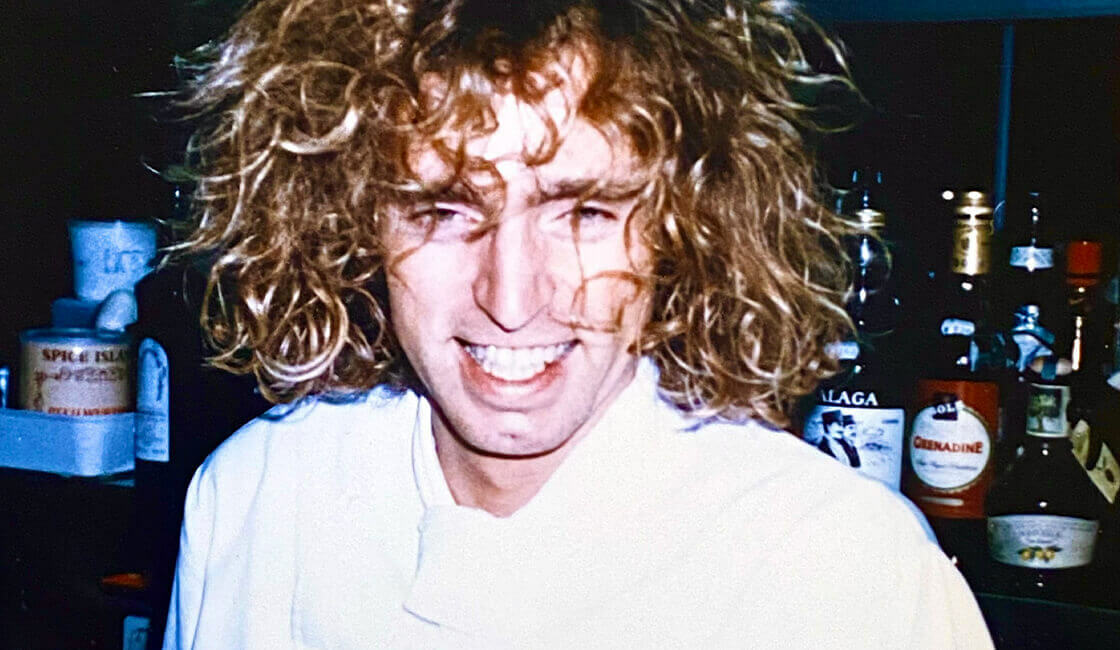 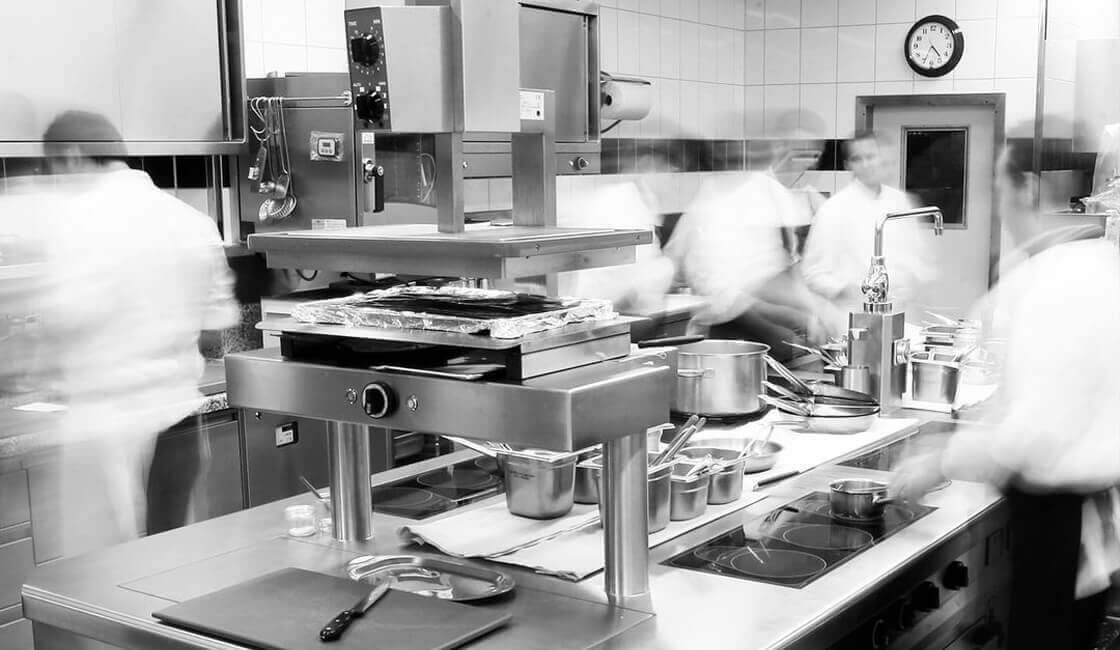 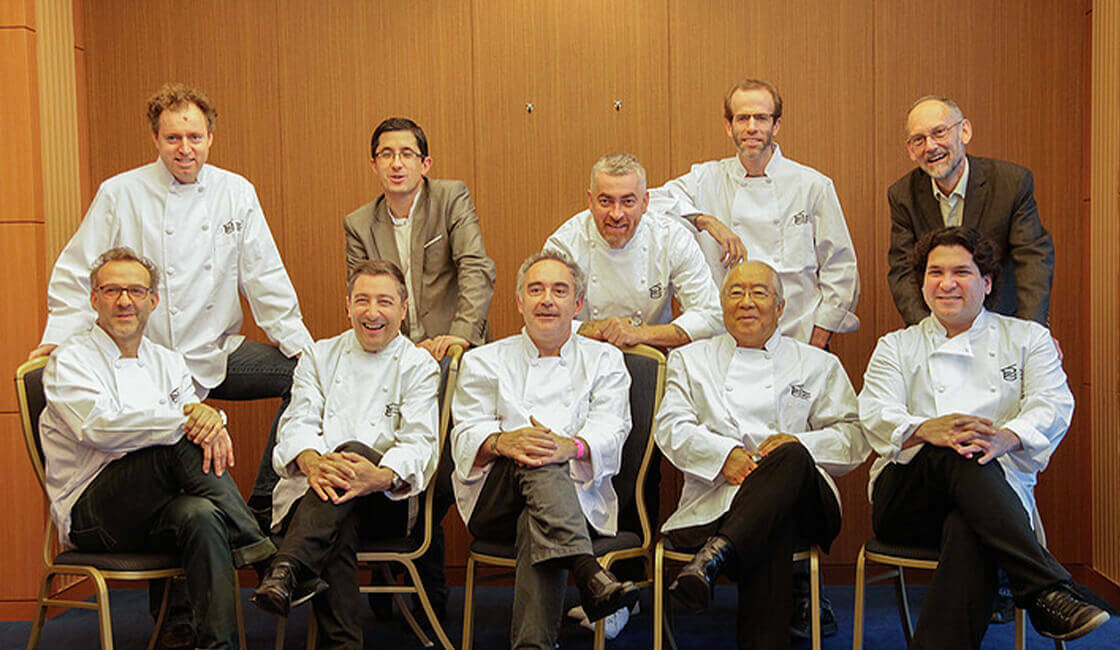 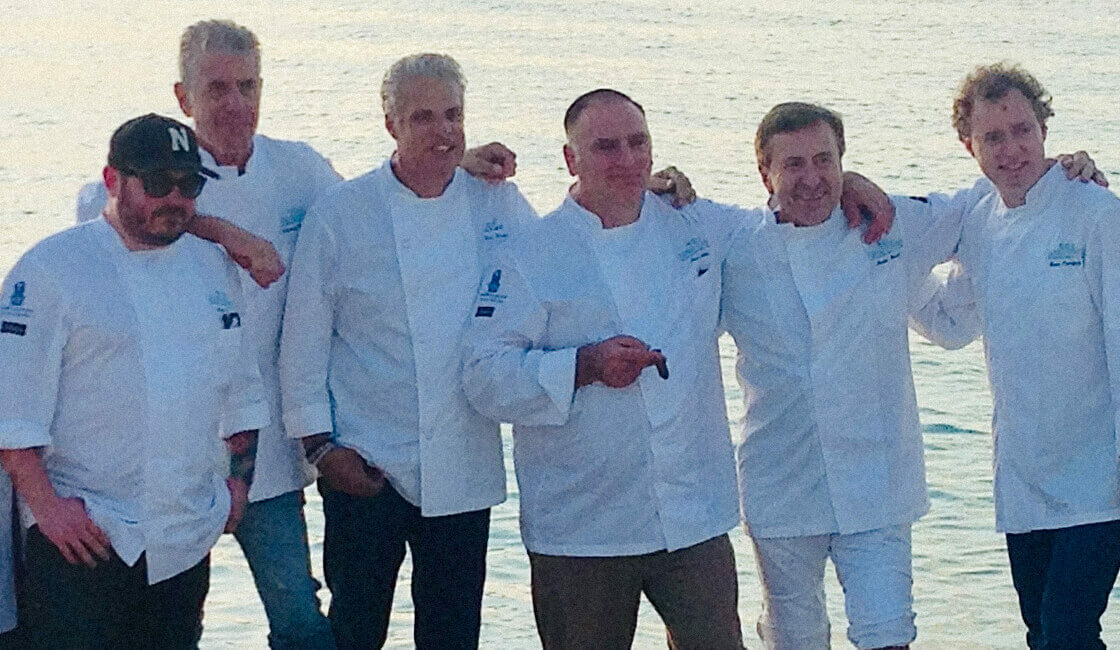 “For me, cooking is freedom. It's also hard work, creativity and most importantly flawless execution. And yet a great dish can be very simple. The best salad of my life was a staff meal prepared by an old lady on the island of Crete, who worked as a kitchen assistant.”

As a young chef I wanted to work in as many different countries as possible to get to know authentic local cuisines and a wide variety of culinary cultures. I was curious and willing to learn, cooking with people from local communities was the best way to gather knowledge about specific foods, techniques and traditions. It was the perfect foundation to develop my own culinary voice.

As a kid I was lucky my school offered a cooking class, an experience that really sparked my interest. I decided to take on an apprenticeship as a pastry chef and confectioner, before being trained as a chef at Lufthansa's dedicated training centre. At this stage I knew: combining craft and creativity was my thing.

My first position after training led me to the vineyards of Schloss Johannisberg, in the Rheingau, a region rich in tradition. My mentor Dieter Biesler put a strong focus on regional and traditional German food. He was truly a key figure in my career, believing in me and nurturing my talent. Looking back at my formative years, it was really important for me not to start off with the high end cuisine, but with the basics.

In the early ninetees I had the opportunity to spend some time in Tokyo and Kyoto. Learning how Japanese chefs prepare fish, their unique slicing and filleting techniques, as well as exploring the sheer variety of interesting foods on the local markets left a lasting impression on me. My experience in Crete was very special, I really fell in love with the country and people. Visiting the markets across the island on a daily basis I had the chance to discover food and produce I had never seen or tasted before. These two summer seasons taught me a lot: learning to value sustainability, building relationships with local farmers, and appreciating to work only with the natural homegrown products that were available. My time in Greece really fostered my creativity.

Dieter Müller is a German culinary legend. As a chef and human being he had a huge impact on me and my personal development. His creativity and cosmopolitan influences, his way of creating sauces, his ability to cook with passion and ease – not to mention his kindness, down-to-earth attitude and leadership skills. He’s truly been an inspiration.

My experience in the middle east shaped me as a chef and taught me a few valuable lessons. Staying in the hotel's staff house with people from 35 countries, we were cooking a lot and tasting each others dishes. Being exposed to so many authentic flavours from the home countries of my colleagues was amazing. Leading a team with so many different cultural backgrounds and mentalities was challenging. It was crucial to listen and understand individuals, in order to strike the right tone with everyone, while still being taken seriously as a young head chef.

I went back to Germany in 2000 to join the pre-opening team at The Ritz-Carlton, Wolfsburg. From day one onwards I put all my effort into Aqua. I knew it was an incredible opportunity to build something special from scratch. At this point no one would have expected that one day Aqua would be acknowledged as one of the premier gourmet destinations in Germany. At the time there weren't any three-star-restaurants in Northern Germany at all. The rest is history. Little did I know that we would receive our first star from Guide Michelin just a year and a half after opening, followed by a second one in 2006. Only three years later in 2009, Aqua was granted three Michelin stars, and has been holding this highest rating in the gourmet world ever since.

While my dishes are often inspired by my travels around the world, reflecting a wide variety of culinary influences, I’m probably best known for creating modern takes on German classics – honouring their roots and taking them as an inspiration to tell my own distinctly flavoured story. For me, it's about both simplicity and refinement, and discovering new taste experiences, with a strong focus on seasonal and locally sourced products.

In the kitchen, I truly believe in teamwork. I'm proud of the fact that many of my companions from over twenty years at Aqua have now become key figures in the culinary world. In fact every chef I worked with in my long career taught me something. Not only in terms of learning techniques or cooking, but also how to be a good chef and pass on your knowledge. Today I'm still in touch and regularly consult with my mentors from my back in the day, as well as many of the outstanding talents I worked with at Aqua over the years.

“Widely regarded as one of the best restaurants on the planet, Sven Elverfeld's Aqua offers a refreshingly unique take on classic European dishes to dazzling effect.” – Elite Traveler

“Over the last decade, a new generation of German chefs has made Neue Deutsche Küche, an engine of culinary progress, with top-quality traditional ingredients from organic farms. In Wolfsburg, Sven Elverfeld has earned three Michelin stars at Aqua for new German dishes like sea bass with sautéed blutwurst and mustard foam.” – The New York Times